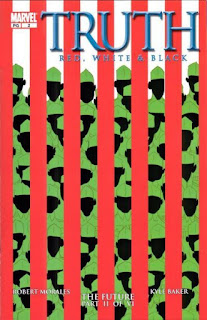 I recently read two books that greatly affected me.  The first is a non-fiction book, Forgotten: The Untold Story of D-Day's Black Heroes, at Home and at War, by author Linda Hervieux.  It details the experiences of African-Americans and especially Black soldiers before, during, and after World War II.

The second book is Lovecraft Country from author Matt Ruff.  A work of historical fiction and science fiction and fantasy, Lovecraft Country is set in the early 1950s and follows two African-American families and their friends.  They are caught in the middle of a struggle for power by white men who want to use these Black people for themselves and against their rivals.

These two books have had me thinking a lot about Jim Crow America and about the lingering effects of not only the enslavement of Africans and their descendants in the United States, but also of segregation.  In a way segregation may have been worse than slavery.  It codified Black people a second class of American citizen; as a permanent social, cultural, and financial underclass; and worst of all, as a group of people who must be kept separate.

The purpose of Truth: Red, White & Black was to do some reconstruction of the fictional history of one of Marvel’s signature characters, Captain America.  The Truth’s conceit was that the United States government first tested the “super-soldier” serum that created Captain America on black men.

In Captain America Comics #1 (cover dated: March 1941), we meet Steve Rogers, a young man who volunteered for “army service” but was refused because of his “unfit condition.”  Basically, Rogers was too frail to serve in combat in World War II.  Desperate to serve his country, Rogers agreed to be a lab rat for Professor Reinstein.  The professor administered the “super soldier” formula to Rogers.  The “strange seething liquid” worked, transforming Rogers into a strapping young buck and a supernaturally fit specimen of red-blooded American male, a white male, that is.  Rogers eventually donned a flag-based costume and became Captain America.

Truth writer Robert Morales flipped the script on Captain America’s origin, and referenced a real-world situation, the infamous “Tuskegee experiment,” in which Black men were used as lab rats.  “The Tuskegee Study of Untreated Syphilis in the Negro Male” was a real-life clinical study in which poor Black men were denied treatment for syphilis so that the doctors involved could study how the disease spreads through the human body and eventually kills the infected person.

Morales posed an intriguing question on Marvel Comics mythology,  What if the United States government thought that the “Super Soldier” serum was potentially dangerous and perhaps fatal, so before testing it on a White man (Rogers), the government tested it on Black soldiers?  Obviously, it is hard to imagine that even a fictional version of the U.S. government and military, especially in the 1930s and 40s, would risk creating a platoon of super Negroes.  Still, this is just speculative fiction, so why not be imaginative...

Truth: Red, White & Black opens in mid-1940 and introduces a small core of Black soldiers and their family and friends.  There is a young Negro couple, Isaiah and Faith Bradley, on honeymoon.  Maurice Canfield, a Black communist, is the son of well-to-do Negroes in Philadelphia.  He is a labor organizer, and his protests against the U.S.'s entry into World War II ends up getting him forced into the military (with the other choice being a lengthy prison sentence).  Finally, the story moves to June 1941, where we meet Luke Evans, a former Army captain. He has been demoted to sergeant after shoving a white superior who belittled the life of a black soldier killed by White/cracker cops.

Truth: Red, White & Black #2 (“The Future”) opens in May 1942 at Camp Cathcart, Mississippi, a U.S. Army training facility.  Sgt. Evans, who has plenty of experience in the ways of the “White man's army,” roughly and firmly guides the young Black man in his unit through the harsh realities of military service.  Isaiah Bradley shares some good news with his fellow new privates.  Maurice Canfield continues to rub White men the wrong way.

Meanwhile, Washington attaché, Homer Tully, and German psychiatrist and surgeon, Dr. Josef Reinstein, have arrived at Camp Cathcart, in need for an experimental Army project.  Unbeknownst to the Black men of the camp, dark doings are going on in camp headquarters that will cost many men, Black and White, dearly.

The first time I read  Truth: Red, White & Black #1, I enjoyed it, but found it a little underwhelming.  I found Kyle Baker's art to be a little too... informal and cutesy.  In the second reading, I focused more on the story that Morales told, trying to understand both the characters' personalities and the world in which they lived.  When the reader understands the context of these characters' lives, Truth becomes quite powerful.

Kyle Baker's art and graphical storytelling also takes on a stronger quality.  It becomes a blunt instrument, delivering the Jim Crow world of 1940s America because that is the story's mission.  I see it now.  Baker's graphic and artistic style has less to do with traditional comic book art and storytelling and more to do with the confrontational and scathing style of America's great newspaper and magazine political cartoonists.

That's the truth.  After two issues, it seems to me that Morales and Baker are subversively using the ruse of telling a story set in Marvel Comics' fictional universe to chronicle some truths about American history.  This is especially in regards to the deplorable treatment of Black folk in the land of freedom.  That is also the truth.

Posted by Leroy Douresseaux at 7:16 PM